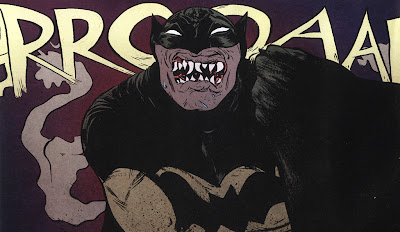 I was thinking of Max Schrek's performance as Nosferatu in the old Murnau film, specifically in the classic scene on the ship where the vampire stiffly rises up from out of his rat-invested coffin. THAT'S how Batman should come across.

I did a run of Catwoman covers a couple of years ago and a lot of the old time fans hated them-- I guess there was too much "cat" and not enough "woman". I learned an important lesson from that.