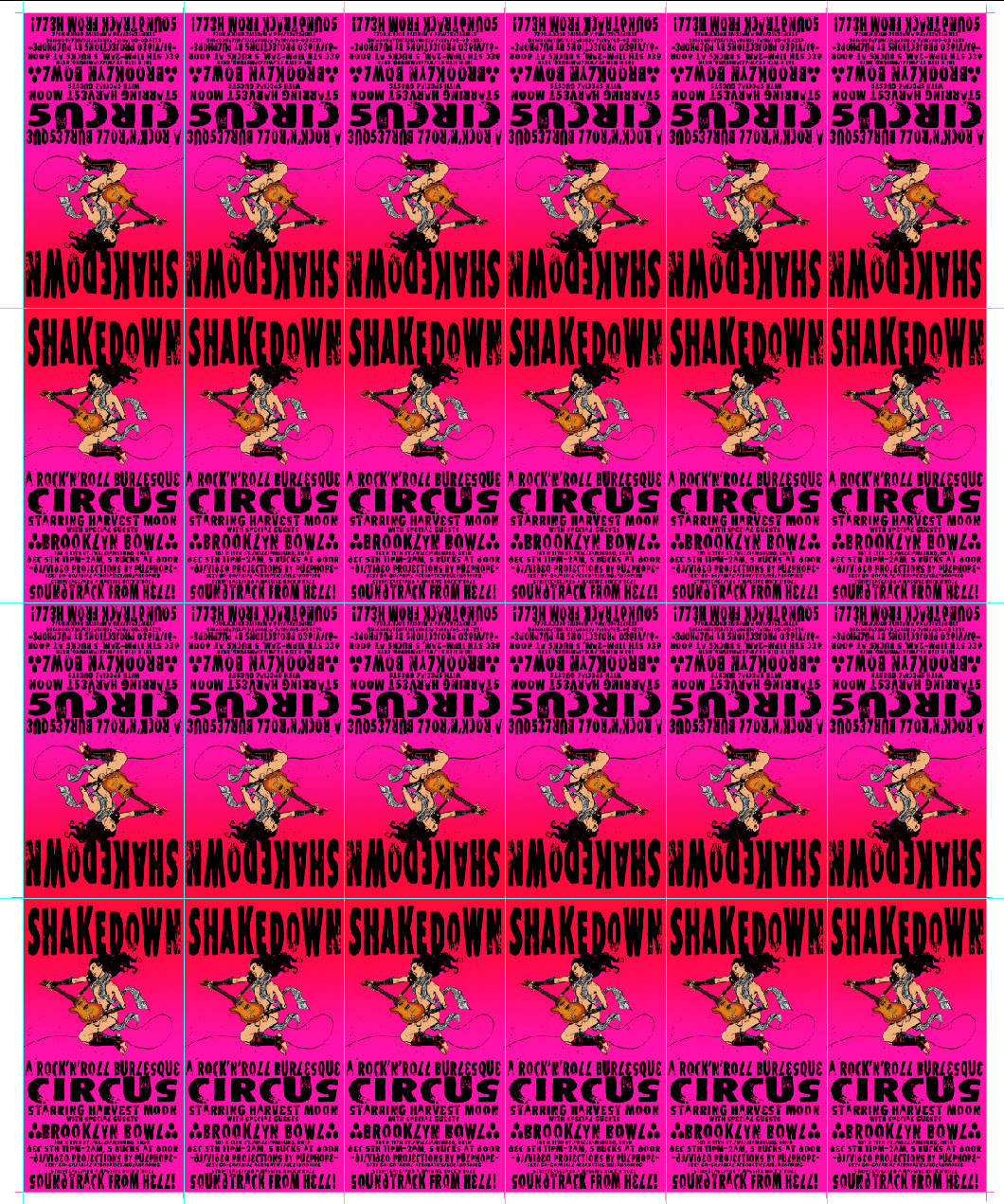 The uncut (40"x46") gang proof for the SHAKEDOWN poster. I tried to go for a design which blends elements of the traditional circus poster with a vintage rock gig poster. Producing an illustration intended to represent a live event is always a challenge-- how to capture the energy of dynamic music and kinetic movement in one single, static image-- how to give it a uniqueness all its own while also touching on familiar reference points which indicate just what it is we're looking at before we even need to read the text. Sitting in a circus show a couple of years ago at the Victory Theater on 42nd st, watching a group of Polish acrobats perform on what is called the Russian Beam, I considered the complexities underlying the lithographic work of Toulouse Lautrec. It struck me that one of the only* ways we have any sense or impression of the live circus and cabaret performances from his era is through his pictures and designs. It inspired me to try my hand at the same, in an effort to apply the language of comics to Lautrec's sensibilities. Especially today, in a world where even things we don't want documented are documented, the idea of abstracting an artistic expression from a live, moving medium into a static two-dimentional medium seemed like a good application of dynamic comics energy.

I always liked to see the uncut proof sheets for gang printings and have kept a copy of virtually every one I ever did, going all the way back to 1993's Sin Titulo.

*When I saw the early short films of the Lumiere Brothers, which includes a serpentine dance by Loïe Fuller shot in the 1890s, my first thought was of the image Lautrec did of the same rather than anything having to do with the dancer or the dance. The picture is the document of the live event.
Posted by pulphope at 12/02/2009 12:28:00 PM