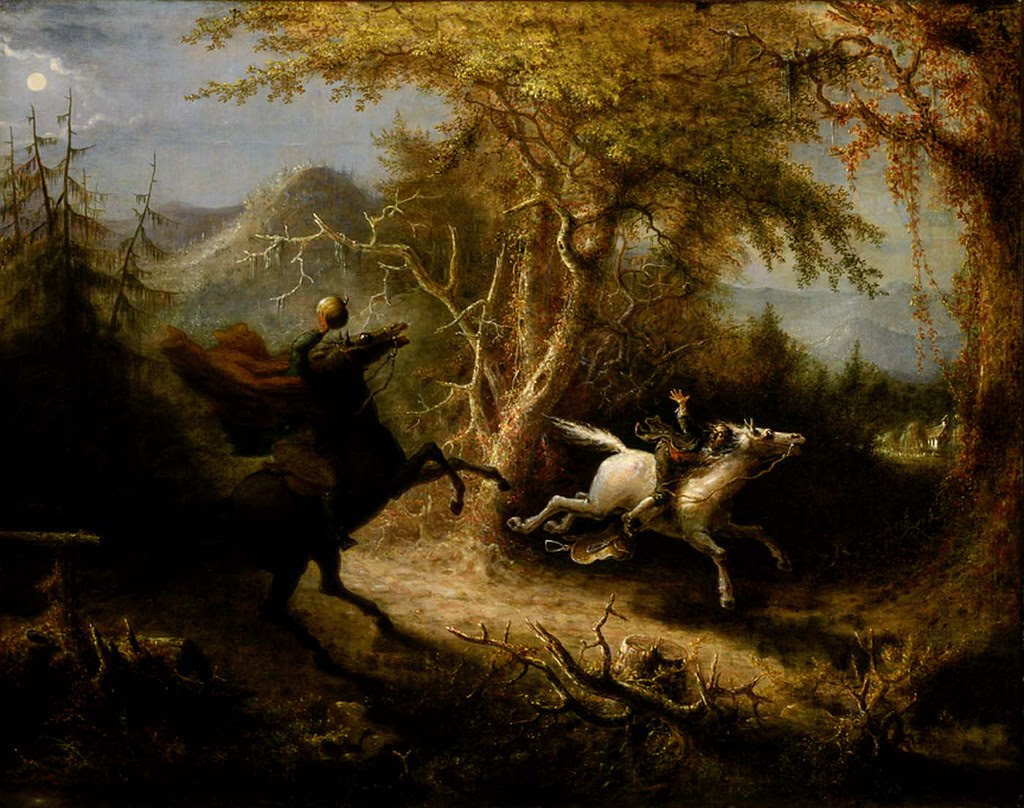 The Headless Horseman Pursuing Ichabod Crane-- 1858--by John Quidor. From the Smithsonian Collection.

Personally, I've never been able to finish a novel by Washington Irving. I find his writing lugubrious and dull. But you can't deny his contributions to American literature. Enormously popular in his day, he is generally considered to be the first American writer to earn a living solely from his literary efforts (Jack London is said to be the first American author to become a millionaire from his writing). The alternate name for New York City-- Gotham City-- is said to have found popular root in Irving's works, long before it was famously known as the name of the fictional home of Batman and Robin.

Speaking of cartoons, I never realized until recently it was Bing Crosby who did the voice of Beau Brummel in the old Disney short.
Posted by pulphope at 10/30/2009 11:26:00 AM