I'm excited to report that Paramount Pictures has acquired the film rights to my forthcoming graphic novel Battling Boy, to be produced by Brad Pitt's company, Plan B. We are now developing the story for film adaptation. Above is one of the key sequence paintings my friend--the incredible painter-- Feroze has done for the project. Here, we see an early scene in the story in which Battling Boy and his wargod-like father descend to the mountaintops outside Monstropolis through a UFO-cloud portal. Below is the same scene as it appears in the book. 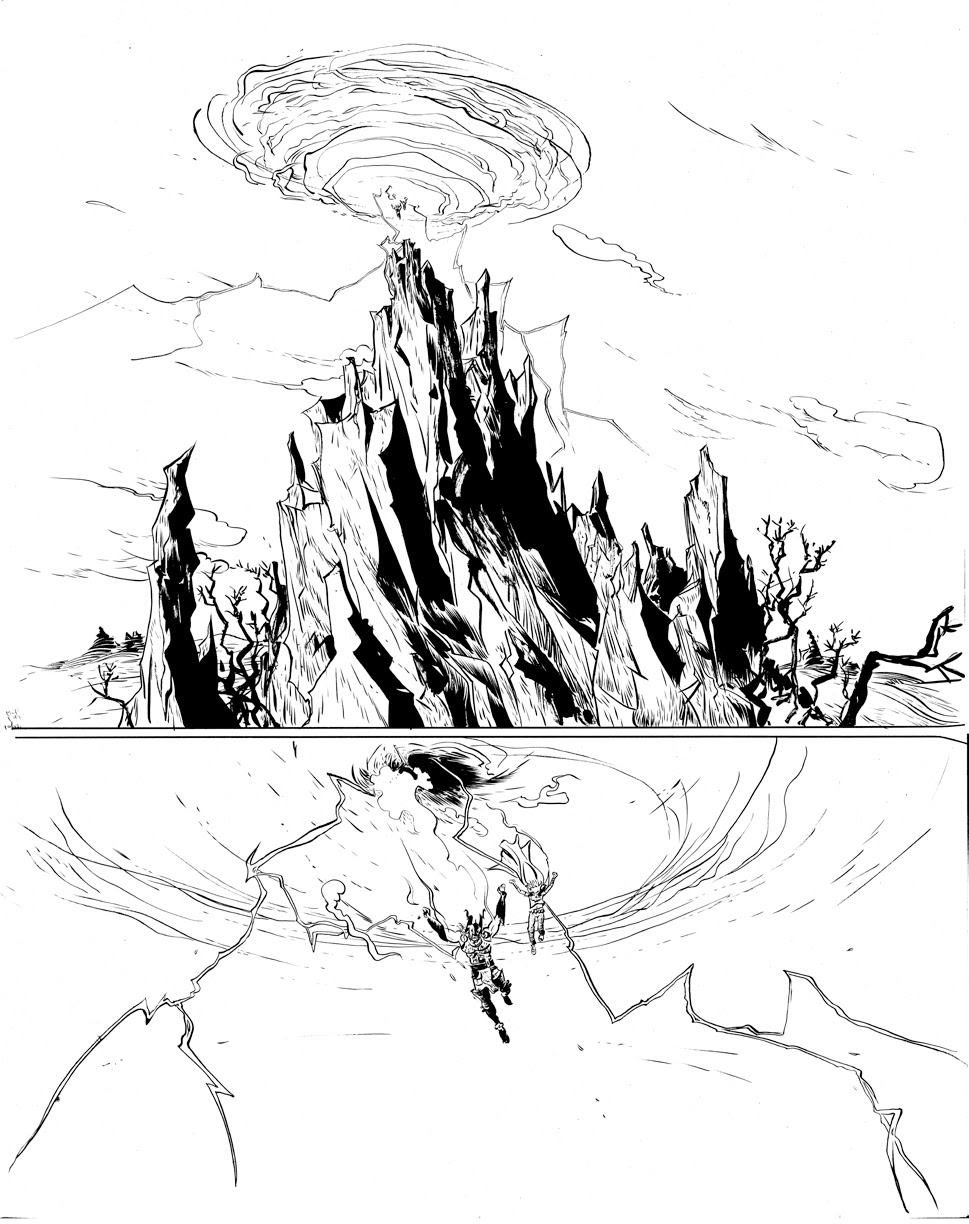