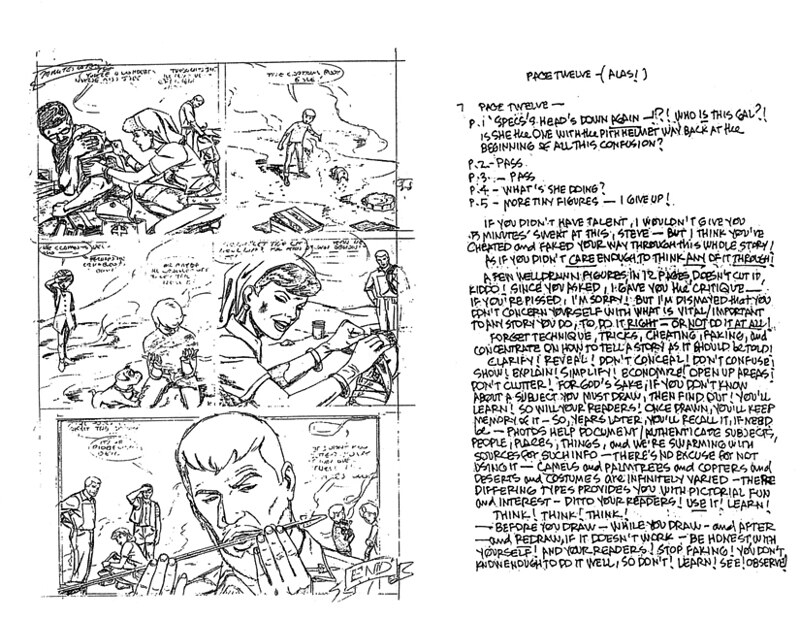 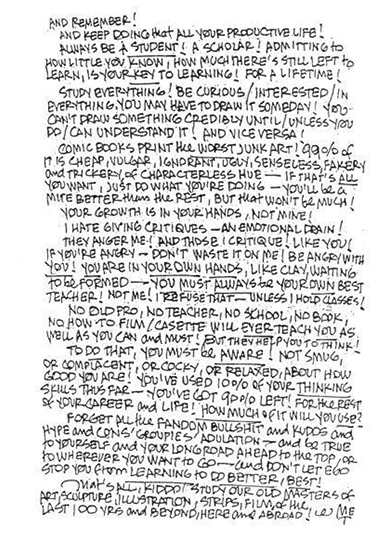 I've been thinking a lot about Alex Toth recently. Needing to get faster and better, there's no more suitable teacher than Alex Toth. By now, probably anybody who cares at all about this kind of thing has seen Toth's handwritten letter to Steve Rude, with the harsh and perceptive critique of Rude's work on JOHNNY QUEST (1987). To be perfectly honest, there is very little in the critique I find myself in disagreement with. I had coincidentally just re-read that story a few days before reading Toth's letter to Rude, so it was very fresh in my mind.

What is invaluable about Toth's letter is that it is a rare opportunity to see an indisputable master of the field deliver a startlingly rough and very unvarnished critique to a younger cartoonist who is himself arguably one of the greatest cartoonists working today.

In many ways, Toth is directly responsible for my life in comics. When I was barely out of my teens, years before I was published, I sent him xeroxes of some of my early work, and he-- incredibly-- took the time to write me back with his methodical criticisms. He was the first person in the field I reached out to, and for years he and I had an epistolary relationship which consisted mainly of me periodically sending him copies of my latest attempts and him sending them back to me covered in big, angry slashes of red. He would redraw my own panel compositions on the backs of the pages to illustrate how he would've laid out a particular scene, how it could all be done so much better and more economically. Each bloodied stack of xeroxes was accompanied by a long, urgent handwritten letter saying in substance what he is saying here to Steve-- THINK BETTER, WORK HARDER, YOU CAN DO BETTER THAN THIS!

These letters were like rocket fuel, or a telescope. Each time I read and re-read them I kept discovering new dimensions of meaning. Each one came in a plain white envelope with a funny little duck scribbled on the side, usually with a blue felt-tip pen. After about three years of this back-and-forth, Toth abruptly told me at the end of one of his letters, literally, "Okay, kid! I've had a bellyful of you! I've done all I can. Come back when you have something worth showing me!" And that was it.

I never wrote him or sent him anything again. I know he'd seen my work over the years and was keeping tabs. But as far as his parting words go, nothing I'd done seemed to live up to his challenge.

The other reason his letter to Rude is so harsh is undoubtedly because Toth didn't give a damn if you or me or anybody else liked him or not.

I know a lot-- a LOT-- of people who had gotten close to Toth and eventually wound up getting hurt somehow. He must've been a very difficult person to have as a friend. He had a legendary temper. The things he loved, he loved. The rest of it he couldn't care less about. I had many chances to meet him over the years and never wanted to for this very reason. I didn't want either of us to be disappointed. He was and is too important to me. It's an important lesson to learn early in life, especially in creative fields, one I've applied many times since-- Do Not Meet Your Heroes.

To be perfectly frank, it seems to me that often when young cartoonists say they want critiques what they are really after is praise and flattery and not the truth. I believe just about everything worth saying about comics-- and perhaps even about the entire process of thinking as an artist-- is summed up in those terse words from Toth. Make it so simple you can't cheat. (originally published 12/2006)
Posted by pulphope at 3/07/2017 10:39:00 AM 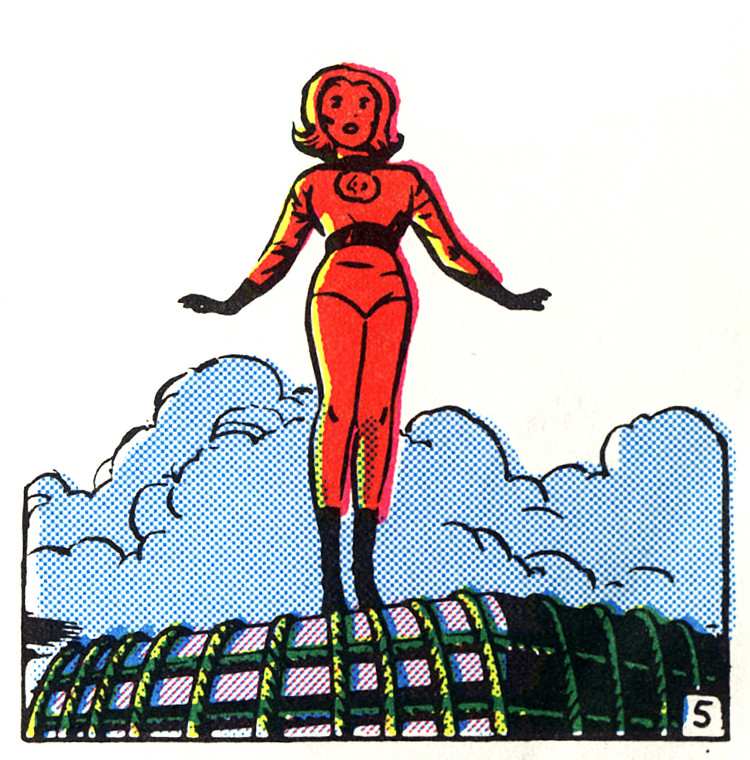 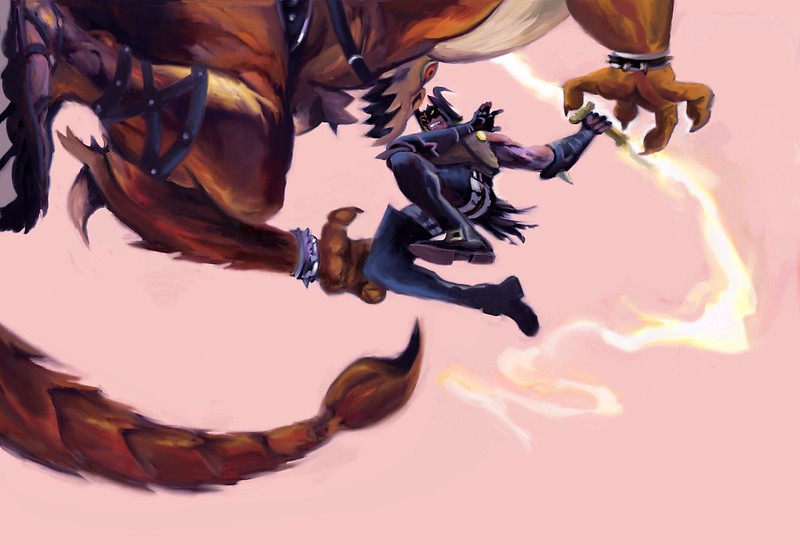 Some unused Battling Boy concept art - DAD vs Dragosaur - painting by Feroze Alam. See more of his stunning work here: alampadam.com
Posted by pulphope at 3/01/2017 11:01:00 AM